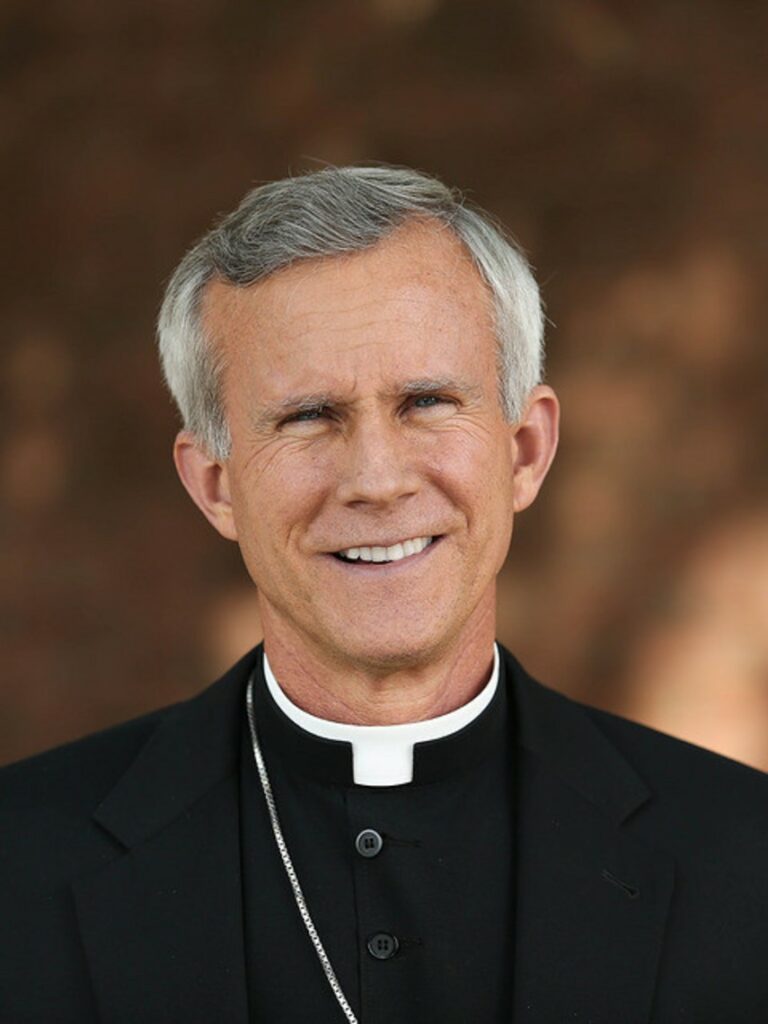 Bishop Strickland was born the sixth child of Raymond and Monica Strickland on October 31, 1958. He grew up in Atlanta, Texas. The Stricklands were founding members of St. Catherine of Sienna Church in Atlanta, Texas where he assisted as an altar server. He entered first grade in Atlanta public schools in 1965 and graduated from Atlanta High School in May of 1977.

He earned a Master of Divinity Degree in May of 1985 and was ordained to the priesthood for the Diocese of Dallas by Bishop Thomas Tschoepe at St. Monica Catholic Church in Dallas, Texas on June 1, 1985.

He was assigned as a newly-ordained priest to Immaculate Conception Parish in Tyler, Texas in June of 1985 and served as Parochial Vicar until June of 1989. Upon the erection of the Diocese of Tyler on February 24, 1987, he then joined the presbyterate of the new diocese and was named the first vocation director for the diocese in March of 1987 by Bishop Charles Herzig. He was assigned as Parochial Vicar of Sacred Heart Parish in Nacogdoches, Texas in June of 1989 and served there until October of that same year when he was assigned as pastor of St. Michael Parish in Mt. Pleasant, Texas. He served as pastor of St. Michael’s until August of 1992 when he was assigned to canonical studies at the Catholic University of America by Bishop Edmond Carmody.

Strickland completed his canonical studies with a Licentiate in Canon Law in May of 1994 and was assigned by Bishop Edmond Carmody as rector of the Cathedral of the Immaculate Conception in Tyler, Texas in June of that same year. He was appointed Judicial Vicar for the Diocese of Tyler in May of 1995 and named a Prelate of Honor with the title Monsignor by His Holiness Pope John Paul II in February of 1996.

On September 29, 2012, it was announced that His Holiness Pope Benedict XVI had chosen Strickland as the fourth bishop of the Diocese of Tyler. He was ordained to the episcopacy on November 28, 2012, by His Eminence Daniel Cardinal DiNardo of Galveston-Houston with Bishop Álvaro Corrada, SJ of Mayagüez, Puerto Rico, and Archbishop Michael J. Sheehan of Santa Fe assisting as co-consecrators.

Join a community of prayer warriors and stand in the breach in this time of crisis!

The International Week of Prayer & Fasting is a global movement focused on converting the world, saving families, and restoring the culture by answering Heaven’s call for prayer, fasting and conversion.